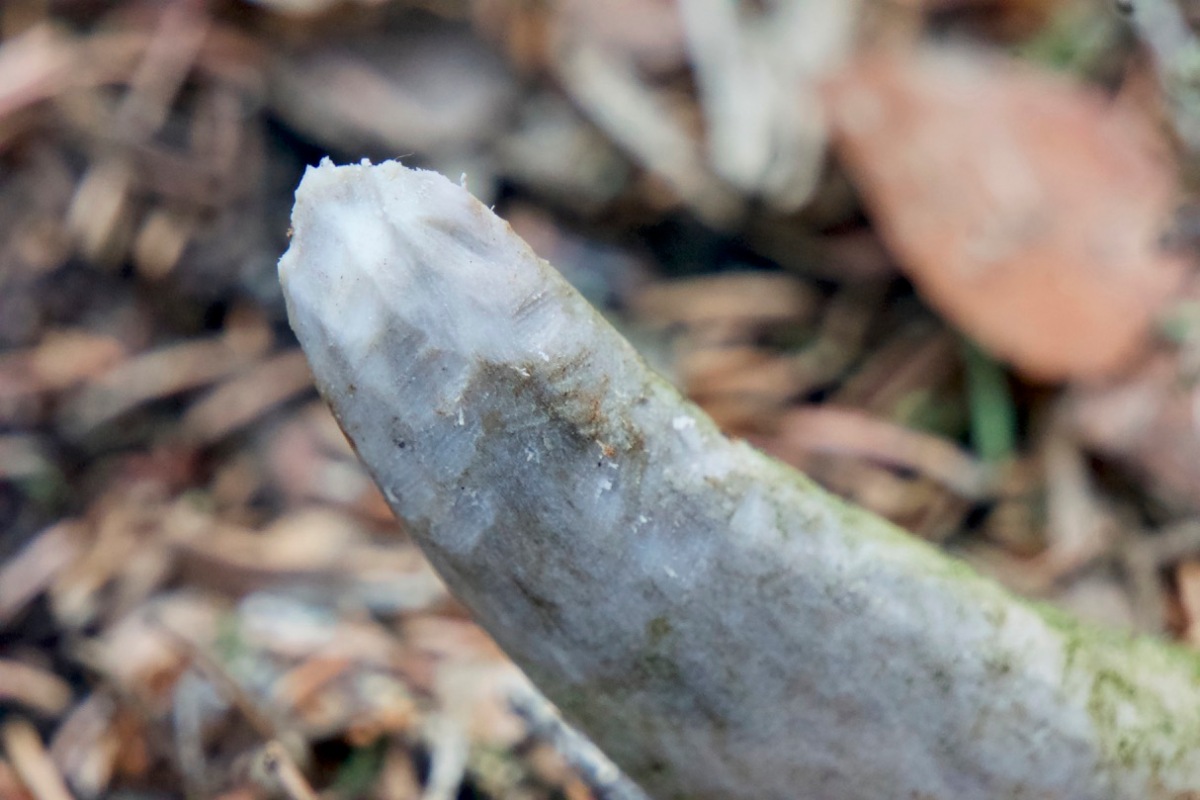 Bones and skulls are a good source of calcium and minerals for rodents. A close look at this deer antler reveals their tiny teeth marks.

On my trips through the bush I sometimes pick up these castoffs and remains. I currently had two old coyote skulls on the deck that I intended to add to a big pot of flowers.

But I hadn’t counted on the new neighbour.

This summer a changing of the guard occurred on one of the nearby middens (aka squirrel homes).

The young male squirrel must have assumed our house was part of his territory as he often appeared on the deck. On warm days he’d visit the bird bath for a drink. (Yuck. Bird poo and feathers.)

One day I heard a kafuffle outside. As I glanced out I saw my neighbour making off with one of the coyote skulls. It was slow going. The darn thing was nearly as big as him.

By the time I got outside the skull had landed on the grass and the black eyes that turned my way had a What?-Not-me! look. I retrieved the skull.

The next day when I went to plant the flowers the other skull was missing. I searched the deck, the grass, the gravel. Nope. Gone.

A few days later I visited my neighbour. Yup. There was the skull, perched on the pile of cone scales.

I paced out the distance: 50 metres (more than 50 yards). He’d dragged that skull through grass, across gravel and into a tangle of forest understory.

At that point I decided the flower arrangement didn’t need two skulls. He’d earned his.